Back Pain Relief in Spokane

Back pain is a very common pain symptom in Spokane. One out of three of Spokane residents suffer from some kind of back pain every year, and many people live with chronic spinal pain. 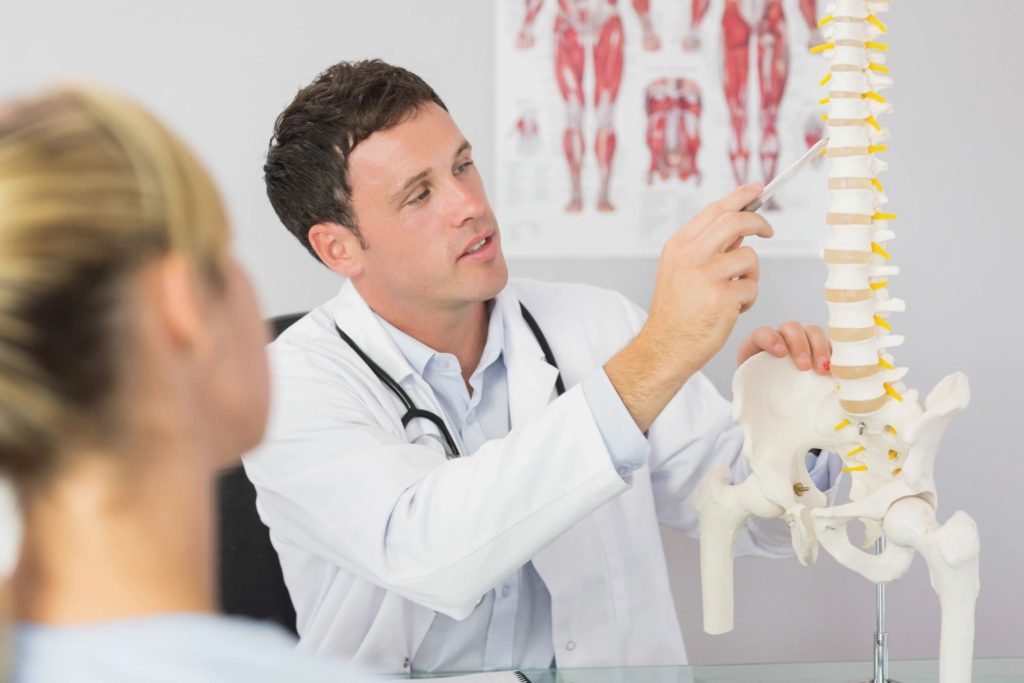 Chiropractic Adjustments Versus Muscle Relaxants for Subacute Low Back Pain

Over ¾ of adult Americans experience lower back pain at some point in their lives, and nearly 1 in 5 experience it each year, making it important to determine which treatments are most effective. This double-blind study looked at the effectiveness of treating subacute lower back pain (LBP) with chiropractic adjustments when compared to treatment with muscle relaxants or a placebo (sugar pill).

The 146 subjects who completed the study were between 21 and 59 years old, with uncomplicated LBP lasting from 2 to 6 weeks at the start of the study. Those with underlying spinal disease or malformations were excluded. Each subject underwent chiropractic and radiographic evaluation at the initial evaluation visit. Pain was evaluated at the initial visit, and again at 2 weeks and 4 weeks.
Pain was evaluated using the Visual Analog Scale (VAS), the Oswestry Low Back Pain Disability Questionnaire, and the Zung Self-rating for Depression scale. Shober’s test for lumbar flexibility was also given at the initial visit and again at 2 weeks.

At the initial visit, subjects were assigned to one of three groups with treatment administered over a period of 2 weeks:

All subjects were also allowed to take acetaminophen to evaluate the need for additional self-medication.

Practitioners administered cyclobenzaprine HCL (5 mg), carisprodol (350 mg), and methocarbamol (750 mg) in bottles labeled “A,” “B,” and “C” to treat the subjects in the muscle relaxant group. Usage and dosage were determined by the medical practitioner’s clinical judgment, with the combination of medications determined by effectiveness and adverse reactions. Subjects could halve or double the dosage in bottles “A” and “B,” or switch to bottle “C” for bottle “A” if excessive drowsiness occurred, and were instructed to discontinue medication if side effects were severe. Acetaminophen was also offered in a bottle labeled “D.” The placebo groups were given exactly the same instructions, only their bottles contained placebos.

While the study was meant to be blind (the subjects would not be able to tell if they were receiving real or sham adjustments or medications), there was a higher tendency for the groups that received true chiropractic treatment and that received the muscle relaxants to perceive that treatment was given, and a higher perception in the sham treatment group that treatment was not given. This could be due to the effectiveness of the treatment, however.

During the 4 weeks of the study, pain was significantly reduced in all groups. Initially, the group that received chiropractic adjustment had overall higher baseline VAS scores, but after treatment, their scores were lower than the other groups, indicating an even more impressive level of improvement in the chiropractic subjects.

Depression and Shober (lumbar flexibility) scores improved in all 3 groups during the 4 weeks, with no difference between the groups.

GIS evaluations (which measure the physician’s assessment of improvement) showed that patients given chiropractic adjustments improved more than subjects who received muscle relaxants or placebos did.